When Amazon Acquired Ring, How Did ADT and Google Respond? [A CI Case Study]

If human survival is a marriage of two primal verbs, “hunt” and “gather,” then competitive intelligence is a marriage of two modern verbs, “notice” and “know.” Competitive intelligence helps you detect reverberations outside the four walls of your business. If you’re a CI manager, you’ll observe and study. When one business makes a move—acquiring another company, for example—you’ll not only remember the last two moves its competitor made, you’ll watch for what’s about to unfold.

Now, a story of home security, web-connected home thermostats, and an Amazon acquisition.

What would you do if you woke up to discover Amazon was now your chief competitor?

Consider this: why does ADT, a 140 year-old home security company, need to keep an eye on Amazon’s movements? Because Amazon can buy little startups like Ring, who make some pretty keen kits in the video doorbell field.

The reports came in on February 27: Amazon was buying Ring:

Notable because: Companies in any industry need to hold their breath when Amazon makes a move, home security included. Overnight, with their reported acquisition of Ring, Amazon had now asserted itself in the home security industry.

Now, after this announcement, you’ll notice Ring and Amazon hardly factor into this for a month or so. We’ll come back to them. Turn your eyes not only to ADT, but Google.

Notable because: Adding features to a smart home / home security device is exactly what Nest needs, now that their chief rival has arrived on the scene. Home and family safety, major factors in their Nest Temperature Sensor feature, will differentiate them from Amazon / Ring’s system of video doorbells.

Put yourself in Nest’s shoes. Differentiating their product is the optimal action when faced with this type of competition.

In a twist one week later on March 27, ADT removes all mention of Nest products from their website. They do not integrate with Nest, and they offer proprietary smart thermostats instead, forwarding all internal Nest pages to their own hardware:

Notable because: A million reasons. This could be a sign ADT is working on a deal with another partner. It wasn’t announced as part of an official shift. It was simply changed without warning. It will require close watch.

However, this is a reactionary move by ADT. It’s almost a month since Amazon’s acquisition announcement and only on March 27 do they begin taking action? Greater competitive intelligence could’ve spotted this earlier and enabled a proactive response.

Notable because: This is not trivial. This is an external news story. It signifies the world is taking notice of the new rivalry. More comparisons will be drawn. The conversation is now out there. Both Amazon and Google will need to know their key differentiators and where they currently consider their differentiators, mentioned a few insights ago. ADT will be doing the same.

If at this point, after the press had begun writing about what’s transpired, ADT and Google had not begun responding with conviction to Ring acquisition, it’d be troubling.

The week after that, ADT removes all mention of Amazon Echo devices from their site:

Notable because: ADT has chosen a side. They have chosen their own side. They recognize Google and Amazon have entered their space, and now they are competing. If you’re counting, this is roughly a month since the February 27 announcement Amazon was buying Ring. This is not an impulsive decision to shake off both Nest and Echo integrations.

Nevertheless, it’s worth wondering: what would be different if ADT had known a week, or three weeks before Amazon announced they were acquiring Ring? ADT could have worked up their differentiation with great care, offloaded competing products from their site, and gotten ahead of the official news to hit, statement to the public and shareholders signed and sealed.

Speaking of Amazon and Ring, where have they been during this past month since they crashed the party?

Well, on April 3, a day after ADT ejected Amazon Echo products from their site, the terms of service on Ring’s website are updated:

Notable because: Diligence toward a company’s own terms of service and self-description reveals ultra-fine details. If you look closely, these new TOS favor heavier, security-specific language. You needn’t step into the twisted boots of a legalese craftsman, just gaze upon this tapestry of technicality. Amazon is clearly steering their new acquisition at the home security sector. It’s enough to make ADT, the traditional home security provider, bristle.

Mentioned above, this is Amazon at the advantage. Two weeks ahead of the curve, they update their TOS. ADT might’ve dropped the Echo products from their site in response, but Amazon was already well in control of the narrative at this point. The others are playing catch-up.

With ADT, Google, and Amazon now wholly in competition in the smart home space, the pieces are nearly in place. On April 16, Amazon’s acquisition of Ring is made official by a press release on their own site:

Notable because: You need to mark the calendar when it’s 100% a done deal. This is a press release embedded into Ring’s own site with official language. This entire saga could have fallen through and the gathered intel’s importance would be de-emphasized. But it didn’t.

On the same day, Amazon drops the price of a Ring Video Doorbell:

Notable because: A harsh final blow neither ADT nor Nest were prepared to counterpunch. With proper competitive intelligence, they might’ve crafted a sequenced response to this newcomer. Instead, we can point to half a dozen instances in a two month span where Amazon knew precisely what was about to happen and the competition could only flail.

We close with a coda. Approximately two weeks later, on May 3, Google announced their Assistant tool now works with 5000 devices:

Notable because: Included among those 5000 devices accepting Google Assistant integrations are ADT thermostats. It seems ADT has walked back choosing sides, at least to a degree. This is the industry’s atmosphere re-pressurizing itself after Amazon stormed through town. It’ll be interesting to watch what happens.

These individual insights are notable. It’s their interweaving and immediacy that’s remarkable. ADT went from offering both Google and Amazon’s products to openly competing with them in just two months. While this was an inevitability, considering the nature of these businesses and how they compete with one another, the specifics cannot go forgotten, not in the home security industry, not in any industry. Companies must observe, know, and remember these events can indeed spin forth sequentially -- and to have a competitive intelligence strategy means not only catching the "big news" but also the early hints and the cascading effects.

How to Give your Marketing Team a Competitive Advantage

Building and scaling a well-oiled marketing team that facilitates growth is a tall order. Building and engaging an audience with insightful content that pushes the known boundaries of your market is...

END_OF_DOCUMENT_TOKEN_TO_BE_REPLACED 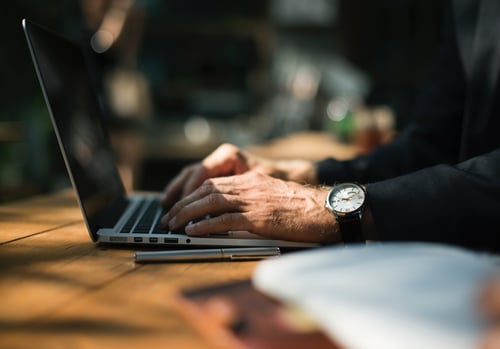 Bring It All Together: Creating a Centralized Competitive Database

END_OF_DOCUMENT_TOKEN_TO_BE_REPLACED

How to Leverage Product Reviews In Your Competitor Analysis