98% of the stakeholders we surveyed for the 2022 State of Competitive Intelligence Report said that CI is at least somewhat important to their success.

That’s up from 86% in 2020—a handsome increase over the course of just two years.

Obviously, this is good news for you, the CI practitioner. Product managers, marketers, sellers, and executive leaders are now more reliant on real-time intel than they’ve ever been—which means that, in the eyes of these stakeholders, your work is indispensable.

This positive trend, however, is not only cause for celebration—it’s also cause for ambition. Now is the time to elevate your CI function from good to great.

To help you do just that, we’ve combed through the latest edition of the State of CI and identified the following five action items:

To be clear, we don’t expect you to check each of these boxes in the next ten months—that would be a herculean feat, especially if you’re a solo PMM wearing a dozen hats. Rather, our goal with this post is to help you focus your limited time and energy on initiatives that will pay dividends. 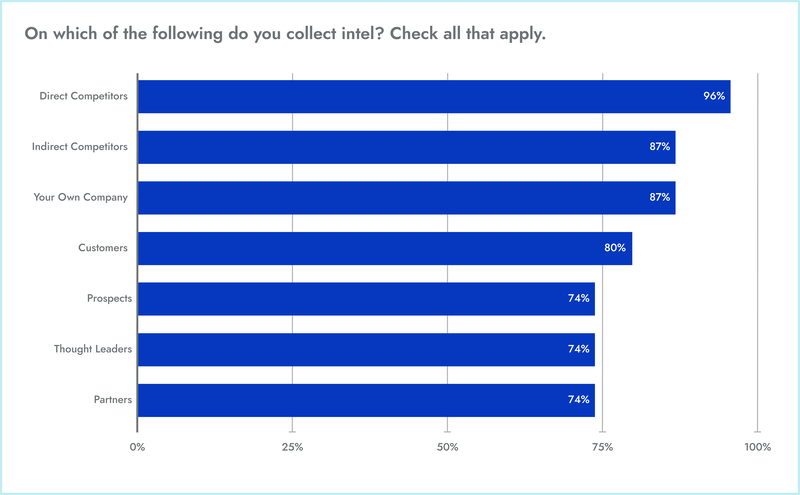 This isn’t a bad thing; in fact, we’d be alarmed if this weren’t the case. Direct competitors stand, well, directly in the way of customer acquisitions and renewals, and for that reason, they demand the closest attention.

But to give all your attention to direct competitors is to set yourself up for failure—and we say that for two reasons:

Once again, field intel—which is sourced by your colleagues, typically those who work in sales and account management—has been deemed the holy grail of CI, with 64% of practitioners describing it as “extremely valuable.” 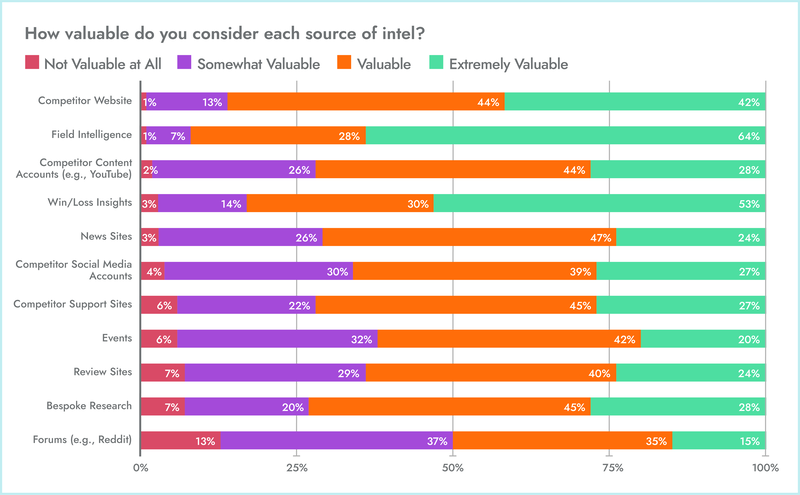 Tactics to overcome these difficulties include:

As you can see in our previous chart, win/loss analysis is the only other source of intel that’s considered “extremely valuable” by the majority of CI practitioners (53%). Less than half of CI teams, however, are responsible for their companies’ win/loss programs. 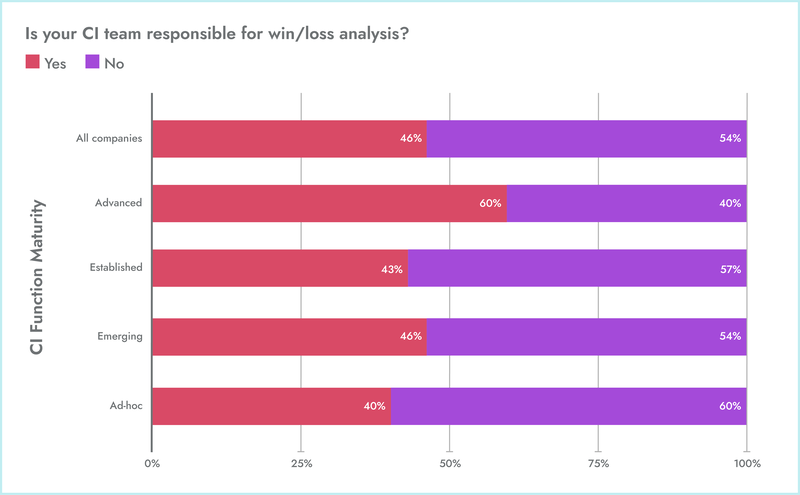 Assuming you have at least one executive sponsor—your head of sales, for example—who supports the creation of a win/loss program, it’s critical that you take some time, at the outset, to speak with this person about their goals and hypotheses.

Answering questions like these at the outset helps to ensure that your first batch of win/loss interviews is efficient and actionable—because you’ll be asking the right questions to the right people—thus generating momentum for your program and making it easier to secure buy-in from additional stakeholders.

4. Define an initial set of KPIs

At this point, just under one-third of CI teams are measuring their impact with a defined set of key performance indicators (KPIs). 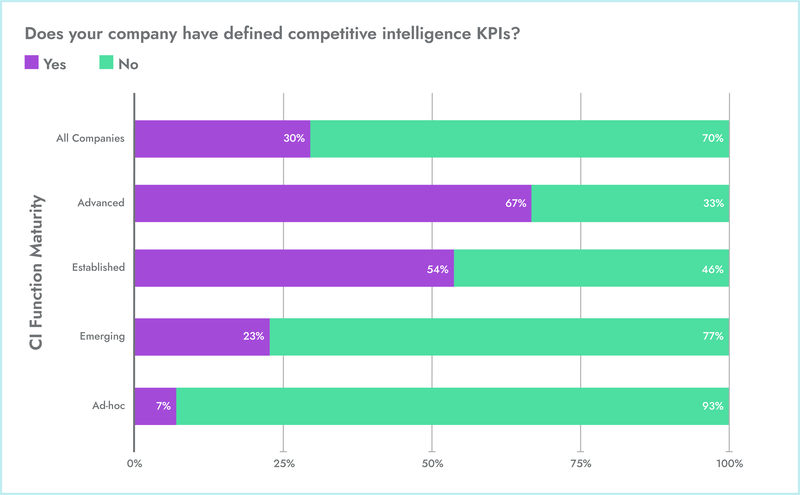 Candidates for your initial set of KPIs include:

5. Meet your stakeholders where they already live 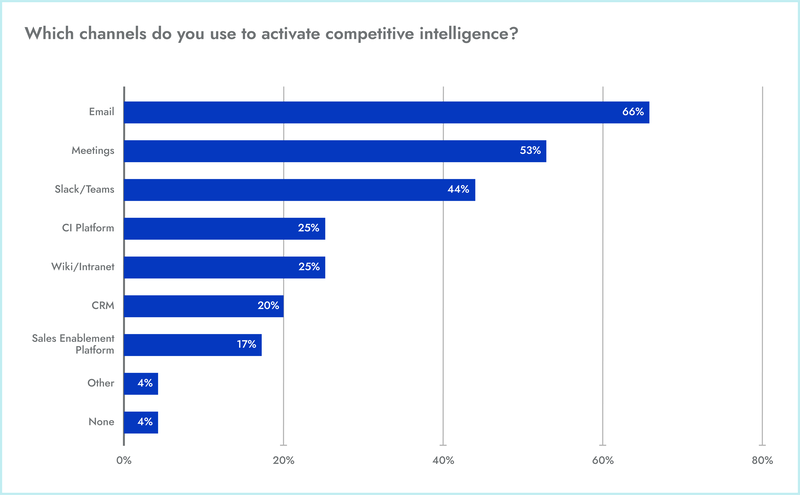 Those seeking support for their CI programs often find themselves in Catch-22s: To earn support, they need to deliver value, which they attempt to do through assets like battlecards. But stakeholders (e.g., sellers) may be reluctant to adopt such assets until they’re convinced that CI is valuable.

This is why it’s so crucial to make it as easy as possible for stakeholders to access and understand the deliverables you create for them. If an AE is skeptical about the value of CI, there’s no way they’re digging up a battlecard that’s hosted in Microsoft Word. But a battlecard that’s embedded directly in Salesforce? That has a much better chance of being used—and if it’s a good battlecard, that first use certainly won’t be the last.

Believe it or not, this blog post has only scratched the surface of what you’ll find in the 2022 State of Competitive Intelligence Report. Click the banner below to get your free copy and learn all about the ways in which companies are supporting, practicing, and measuring CI!

Conor Bond
Conor Bond is a member of the content team at Crayon, where he fervently talks all things competition. If, for whatever reason, you were to rip his headphones off his head and put them on yourself, you’d probably hear The Strokes, Charli XCX, Denzel Curry, or Ariana Grande.
LinkedIn