Competitive Advertising Examples: 5 Commercials That Will Spark Your Competitive Creativity

Competitive advertising is a well-established practice in our modern media landscape. As the intensity of competition rises, so, too, does the difficulty of earning and maintaining the attention of your prospects.

That being said, it would be misleading to suggest that competitive advertising is strictly a matter of attention; it’s also a matter of differentiation. As exciting as it is to get eyeballs on your ad, your ROI depends heavily on your ability to communicate value in a way that none of your competitors can.

Today, we’ll walk through five examples of commercials that were created by brands in competitive markets. Even if your company is (1) in no position to create big-budget commercials or (2) uninterested in TV advertising, it’s worthwhile to consume and learn from these ads — if only for the sake of sparking your competitive creativity.

Note: When we talk about differentiation and communicating value in a way that none of your competitors can, we don’t necessarily mean the value of your product or service — you can also communicate the unique value of your brand. Although buyers undoubtedly care about the tangible benefits of your solution, there are other factors at play when they make their purchase decisions. Branding is often one of those factors.

1. Apple (in competition with other computer manufacturers)

What better way to kick off our list of commercials than with an example from arguably the most famous competitive advertising campaign of all time?

Between May 2006 and October 2009, Apple ran more than 60 TV ads in support of their “Get a Mac” campaign. Justin Long starred as the representation of a Mac computer, and he was foiled by John Hodgman in the role of a PC. The overarching purpose of the campaign was two-fold:

Below is one of Apple’s most memorable commercials — one in which a healthy, laidback Long stands next to a visibly ill Hodgman:

When Long assures Hodgman that he’s unconcerned about germs, the latter issues a warning: “Don’t be a hero — last year, there were 114,000 known viruses for PCs.” Long points out that Macs are impervious to such viruses right before Hodgman crashes to the floor.

Remarkably, this ad manages to communicate the unique value of both the product (i.e., the Mac computer) and the brand (i.e., Apple). On the product side, the fact that the Mac is impervious to viruses is a major point of differentiation. And on the brand side, the suggestion that you can become a cooler person by buying Apple products is a powerful one.

2. Samsung (in competition with Apple)

I wasn’t in the room when Apple created the “Get a Mac” campaign, but I have to imagine they anticipated some degree of retaliation from rival companies. It comes with the territory; if you’ve gotten to the level where you can pull off the quintessential competitive advertising campaign, odds are you’ll end up the target of someone else’s commercial.

That’s exactly what happened in 2011, when Samsung promoted the launch of their Galaxy S II smartphone with a competitive ad of their own — one that playfully mocks hardcore Apple fanatics and calls out the inadequacies of the iPhone:

Although Apple is never explicitly mentioned, the 60-second commercial clearly revolves around the release of the newest iPhone — an annual event that (in)famously inspires huge crowds of over-eager tech consumers. Prepared to endure several more hours of waiting in outdoor queues, the would-be Apple buyers slowly begin to realize that the latest edition of the Samsung smartphone has plenty to offer.

Product differentiation is the primary focus of this ad; it’s made explicit that the Galaxy S II is the superior smartphone because it’s (1) bigger and (2) faster. But brand differentiation is at work here, too. By poking fun at the fanaticism that Apple has inspired, Samsung makes it clear that they value function over style.

3. Sprint (in competition with Verizon)

In the early 2000s — before Justin Long teamed up with Steve Jobs & co. — Verizon ran a series of commercials in promotion of their wireless consumer telecom services. The ads were well-received, and they revolved around a spokesperson, Paul, who would repeatedly utter a now-famous question: “Can you hear me now?” The goal was to broadcast Verizon’s commitment to delivering high-quality cell reception to an ever-growing range of territories.

Understandably, those familiar with the campaign were surprised in 2016 when they saw Paul walking down the street in a yellow t-shirt — serving as the spokesperson for Sprint.

It’s a brief commercial, and Paul wastes no time explaining why he switched: “It’s 2016, and every network is great. In fact, Sprint’s reliability is now within 1% of Verizon — and Sprint saves you 50% on most Verizon, AT&T, and T-Mobile rates.” To paraphrase his miniature speech: Switch to Sprint and you’ll pay half as much for (basically) the same product.

This is another example of a commercial that focuses primarily on product differentiation — specifically on the basis of pricing. More than anything, this ad effectively positions Sprint as an affordable alternative that doesn’t compromise on quality. There isn’t much to discuss here in terms of brand differentiation — although it is a bold move to take a competitor’s spokesperson.

4. Popeyes (in competition with Chick-fil-A)

Moving away from the consumer tech sector and into the fast food sector, let’s talk about Chick-fil-A and Popeyes. As many of you are likely aware, the former company elects to close its restaurants on Sundays — a decision that occasionally causes frustration amongst the general public. Popeyes, on the other hand, is open seven days a week, and in 2019 the Louisiana-founded chain seized the opportunity to generate buzz and drive foot traffic:

In a successful attempt to promote the return of a popular item on National Sandwich Day, Popeyes decided to not-so-subtly remind the public that they, unlike their closest competitor, are open on Sundays. In a market where feelings of brand loyalty can run relatively high, it was a bold way to stir the pot and get people talking.

Unlike our previous example, this ad is less about product than it is about brand. Whereas Sprint made explicit reference to datapoints like reliability and pricing, Popeyes did nothing more than point out the fact that they’re open on Sundays; they made no mention of product quality or price. If there’s any differentiation to speak of, it’s Popeyes positioning itself as the playful, dependable alternative to Chick-fil-A.

5. Bounty (in competition with other paper towel manufacturers)

As Apple showed us, a commercial need not make reference to a specific competitor in order to be competitive in nature — the only requirement is that the focus of the ad is the relative superiority of one product over its alternatives (regardless of whether those alternatives are actually named). Our final example, courtesy of Bounty, employs this approach nicely:

Unlike any of our previous examples, this commercial speaks not only to the quality of the product, but also to the principles of the consumer. The central message could have been “Bounty paper towels are the strongest in the market,” but instead, the company went one step further and said “Bounty paper towels are the strongest — and least wasteful — in the market.” It’s an instructive case study for anyone wondering how personal values can be incorporated into competitive advertising.

As was the case with our Apple example, this ad manages to communicate the unique value of Bounty both as a product and as a brand. On the product side, it positions Bounty as the optimal choice because it’s (1) more effective and (2) less wasteful. And on the brand side, it associates Bounty with moments of meaningful connection, as shown by the boy and his mother playing with his rubber band ball.

If you take anything from this blog post with you, let it be this: Competitive intelligence (CI) has a role to play in your marketing strategy. Without CI, none of these commercials would exist. 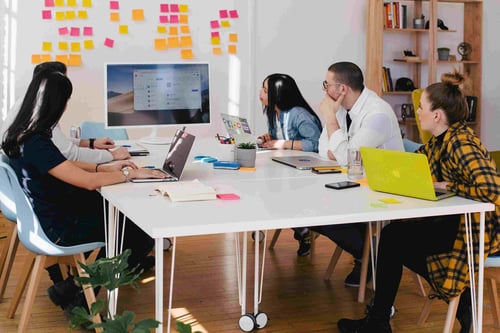 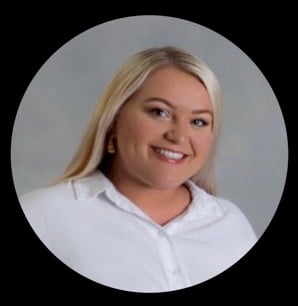 While your company may have a strong grasp of what’s happening internally, understanding what’s happening externally in your marketplace is critical for sound decision-making. This is where...

END_OF_DOCUMENT_TOKEN_TO_BE_REPLACED

This Summer, Education Brands Blogged About COVID—But They Didn’t Tweet About It

Back-to-school season is always an exciting time of year. Classmates come together to trade tales of summertime adventure (and, eventually, employment). Teachers brainstorm new ways to engage and...

END_OF_DOCUMENT_TOKEN_TO_BE_REPLACED 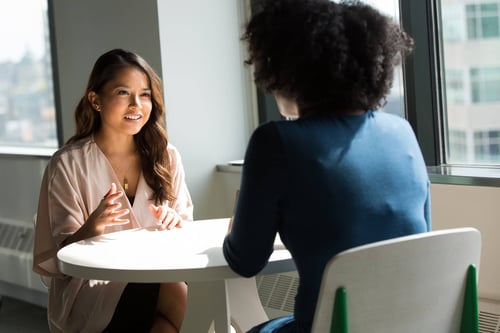 Here Are 4 Must-Ask Questions For Your Win/Loss Interviews 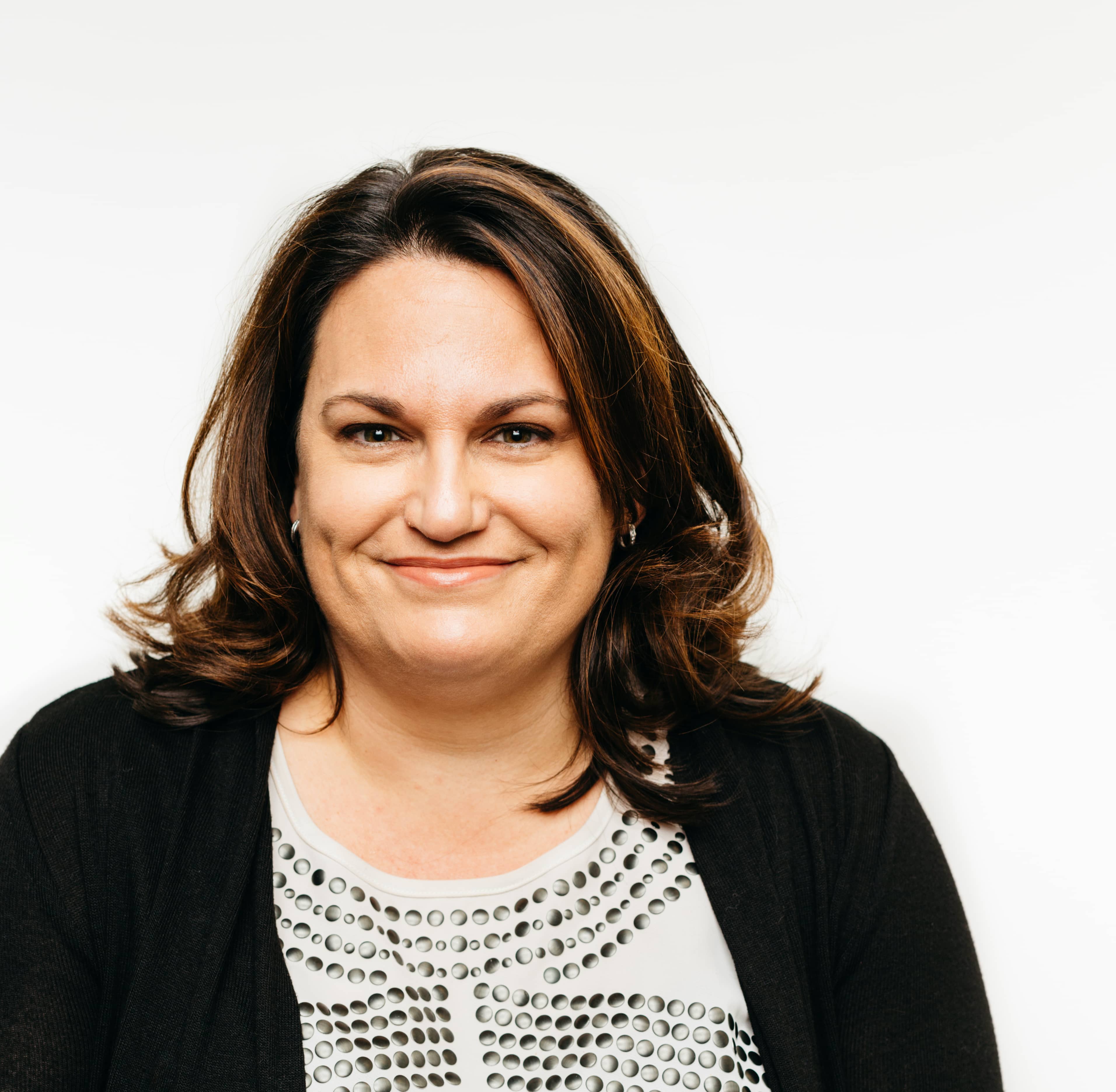 Win/loss analysis—the process of determining why deals are won or lost—yields insights that practically everyone across your organization can use to their advantage.

Sales reps get insights that they...