Building an Intelligence Culture in your Organization

Competitive Intelligence (CI) is growing. According to the recent State of Competitive Intelligence Report, more than half (57%) of businesses have CI teams of two or more dedicated CI professionals, compared to just 37% of businesses two years ago. In the same study, respondents cited measuring CI impact on the organization as one of the top challenges. CI, when done well, has wide-reaching impact across the organization. But  just because a company has invested in CI headcount, it does not necessarily mean that the organization has built an Intelligence Culture. Building a culture of competitive intelligence in your company can open the doors to greater (measurable, visible) impact across every department.

What is an Intelligence Culture?

Why build an Intelligence Culture?

Competitive intelligence strongly contributes to bottom-line impact when implemented and executed correctly. While there are many positive business outcomes from CI, the three key areas in which it contributes is revenue, ability to quickly shift and adapt to market changes, and the ability to drive impact across every part of the organization.

Competitive intelligence is a key contributor to revenue. The State of Competitive Intelligence found that companies that share CI daily or weekly were twice as likely to see revenue increases as a result of CI compared to those who shared less frequently or not at all.

Sharing CI effectively to the degree it impacts revenue goes beyond sending an email newsletter or a periodic update. It requires building an organizational-wide framework around gathering and disseminating CI. Building that framework is the foundation you need to build an Intelligence Culture.

CI isn’t simply collecting information and taking it at face value. It requires you to connect seemingly disparate pieces of information and synthesize them to understand where your competitor is headed in terms of strategy.

Let’s take a look at Fuze, the cloud communications company, as an example of an organization that excels at CI. Fuze noticed a couple of small changes to their competitor’s website product pages. While it at first didn’t seem like much, shortly after, there was a major executive team change in their competitor’s product organization. They were able to put the pieces together to figure out that their competitor was moving in on one of their key differentiators. So what did they do? They gathered key stakeholders and decided to adjust their product roadmap so that they could maintain their competitive advantage and preempt their competitor’s launch.

How Competitive Intelligence Drives Impact Across the Organization

Competitive intelligence, when done well, positively impacts every part of your organization. This is what impact looks like at an organization with a healthy Intelligence Culture:

There are many other ways in which CI drives impact across these teams, but these are just a few examples of what’s possible.

The Three Building Blocks of an Intelligence Culture

If you want everyone in your organization to participate in CI, then there needs to be a single place where all intelligence is gathered, stored, and discussed. Having a single source of truth for CI combats conflicting and/or outdated information making the rounds, as well as duplication of efforts.

Creating a centralized CI space doesn’t mean that there is a single CI “gatekeeper.” In fact, it’s quite the opposite—organizations with a strong intel culture are constantly interacting with competitive data in real-time, so it’s essential that everyone in an organization has self-serve access that allows them to do so.

Self-serve access enables everyone in the organization to leverage CI for their specific needs, as well as comment and discuss insights with their team members.

For example, demand generation teams should be able to see relevant CI, such as competitor campaigns, landing pages, etc. Product teams should be able to see changes to website product pages, third-party product reviews, etc. Giving self-serve access to everyone in your organization allows everyone to get involved and make intelligence-based decisions for their teams.

While centralizing CI in one place is key, you need to distill intelligence into different formats and channels based on the team. Here are a few examples of distribution channels for CI.

As mentioned earlier, CI teams often struggle to measure the impact of their efforts. And one of the major causes of that is that they often don’t align their KPIs with core business initiatives.

The State of Competitive Intelligence found that 50% of CI teams set KPIs, so while that is a positive step for CI as a whole, teams must ensure that those KPIs align with the core goals of the business. When setting KPIs for your CI team, ensure that every single KPI is directly tied to a core business goal. This will help you assess whether or not you are making an impact on the organization, and it will help everyone else see and therefore believe in the impact CI can have on the bottom-line—a crucial piece to building a healthy Intelligence Culture.

Most of your colleagues who are not on the CI team have a vague idea of what is actually involved in CI and even less so the powerful impact it can have on an organization. Taking the time to conduct internal training on what CI is, how it helps certain teams, and how they can get involved will go a long way in putting CI top of mind and get you on the road to building an Intelligence Culture. Consider making it an internal roadshow—go around to each team and show how CI can help them and how they can leverage it for their own purposes.

Consult in Every Team’s Processes & Initiatives

It might seem overly obvious to say that as a CI person you should be the go-to for all things CI. However, CI teams are often used to pushing out information to teams, rather than teams coming to them for information (think push vs. pull).

When teams kick off a new initiative, they should be seeking out intelligence as part of their decision-making process. For example, when the Product team is exploring a new feature for the roadmap, they should be coming to the CI team to gather intelligence on which features competitors have been releasing, how they are positioning those features, what the customer feedback has been, etc.

If there’s one thing that signals a healthy Intelligence Culture, it’s an organization that integrates CI into their decision making across all teams.

Give Visibility to Teams that Leverage CI

Much of the battle of building an Intelligence Culture is gaining visibility around CI and the success it yields. Calling attention to when teams leverage CI will help normalize the use of CI across the organization and encourage other teams to use CI in their day-to-day.

Here are some situations where you can give shout-outs to teams who leverage CI:

Shouting out when these teams leverage CI will go a long way in helping you build a healthy and lasting Intelligence Culture.

There’s a lot of information to absorb here, so let’s summarize the why and the how of building an Intelligence Culture.

Why build an Intelligence Culture?

No Intelligence Culture means CI is a nice-to-have at best and a cost center at worst.

How do I start building an Intelligence Culture?

Admittedly this can be a big undertaking that is chock-full of nuances, and it will require a lot of planning on your part. Here is a high-level overview of the steps you need to take:

END_OF_DOCUMENT_TOKEN_TO_BE_REPLACED

The following post was written by Ameeta Soni. Ameeta is a strategy and marketing expert and consultant, often serving as an interim CMO. She previously served as CMO at VFA, PlatformQ Health,...

END_OF_DOCUMENT_TOKEN_TO_BE_REPLACED 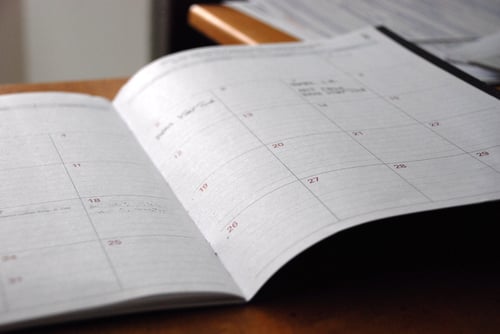 Competitive Intelligence Planning for 2021: 15 Questions to Answer in Your Annual Plan

The new year is right around the corner. If you haven’t already, you’re likely about to kick-off your 2021 planning. A lot has happened in 2020 that has impacted businesses across the globe and...